Once again Safety Management Systems, SMS, is one of the contributing factors to concern over airline Safety.

“A survey of Canada’s aviation inspectors shows they are increasingly concerned about aviation safety because of Transport Canada rules that leave responsibility for setting acceptable levels of risk up to the airlines.
The survey, conducted by Abacus Data on behalf of the Canadian Federal Pilots Association (CFPA), indicates 67 per cent of Canadian aviation inspectors believe the current system increases the risk of a major aviation accident, up from 61 per cent in 2007.”
It should be noted at this point the the CFPA, has had a record of opposing SMS for the start. They are the major critics of the SMS approach.
“The concern comes amid cuts to Transport Canada that mean inspectors are spending more time overseeing paperwork, and less time inspecting airplanes and airline safety systems.
At issue is the Safety Management Systems (SMS) approach, introduced in 2008, that asks any airline with planes carrying 20 or more passengers to monitor safety performance themselves. Under the change, the inspector’s role is mainly to evaluate the airlines’ systems with occasional inspections.
The CFPA expressed concern about the SMS approach to safety when it was introduced.
A similar survey in 2007 found 74 per cent of inspectors expected a major aviation accident or incident in the near future. Now, 84 per cent of inspects expect such an accident.
Daniel Slunder, president of the CFPA, said Transport Minister Lisa Raitt should see the increased concern as a “red flag.””
The article goes on suggest that the First Air Crash in Nunavut in 2011 could have been caused by SMS. Anyone who truly understands SMS can not jump to that conclusion.

“We’ve already seen the major accident inspectors feared when a First Air jet crashed in Nunavut in 2011. The next crash could be in Toronto or some other major Canadian city,” Slunder said in a news release.
A Transport Canada assessment had found no problems with First Air’s SMS just months before the crash, which killed 12 people.”

Further objective evidence of a lack of knowledge of SMS is displayed in the idea that Transport Canada’s reduced inspection work is a factor that will contribute to more accidents. SMS is NOT Transport Canada’s System…it is the enterprises system.

“Transport Canada has decreased the frequency of mandatory inspections of airlines from one year to three years because of dwindling resources, the CFPA claims. Some airlines may go uninspected for up to five years, it says.
Transport Canada also has ended unannounced in-person inspections in favour of audits of company paperwork, according to Christine Collins, president of the Union of Canadian Transportation Employees.
Canada’s auditor general has already raised concerns about the lack of traditional inspections.
“Transport Canada is not adequately managing the risks associated with its civil aviation oversight,” Auditor General Michael Ferguson said in his 2012 report.
CBC News has reached out to Raitt for comment but her office has not replied.
A statement from Air Canada said safety is a “core value” for the airline.”
Under the current surveillance program “surprise” or traditional inspections is NOT the job of Transport Canada. It is the job of the enterprise’s Quality Assurance system under the SMS Process. I agree that Transport Canada should be doing more “Surveillance” under the new Surveillance guidance of the their SUR001 internal Surveillance Procedure. To blame SMS for added Safety concerns is just ignorance of the SMS program.

“We have invested significant resources in our integrated Safety Management System. We believe SMS is a highly effective additional layer of safety that encourages everyone working at Air Canada to make safety their top priority in whatever they do,” the statement said.
Air Canada also pointed to other air transport agencies, such as International Air Transport Association (IATA), that have audited their safety systems.
WestJet has declined comment.
The National Airlines Council of Canada, a trade association representing Canada's four largest passenger air carriers, including WestJet, Air Canada, Jazz and Air Transat, issued a statement saying its members are “committed to SMS as an enhancement of existing safety processes.”
"The aviation industry has invested heavily into the development and implementation of enhanced safety systems and protocols, which have certainly played a role in making air travel safer than ever. There is no basis in fact to suggest otherwise," the NACC said in its statement.
The CFPA survey, conducted from Feb. 13 to March 14 of this year, was based on 284 responses to an email questionnaire from licensed pilot inspectors and technical inspectors.”

This article promoting the opinion of the CFPA is just not giving the entire picture. The answers to the “Survey” of the Transport Canada Inspectors was inspectors expressing concern over the Downsizing and of the regulator to due budget constraints….not because of SMS!

Symposium Notice: This years Disney World Symposium is limited to 100 participants only! You must secure a seat early. Keynote Speaker: Director General of Transport Canada, Mr. Martin Eley. Theme: The Future of SMS Regulation. Contact us to reserve seating.
- April 24, 2014 No comments:

What SMS Is Not!

What SMS Is Not

NOTE: This post is from one of our frequent contributors to this blog, "Birdseye59604."

It has been said that a Safety Management System, (SMS), is self-regulating of aviation. SMS may be lot of things, but self-regulating is not one of them. SMS is self-management, and a tool for an enterprise to manage the day to day operation, to plan for the future and to analyze processes applied in the past for further improvement of operational safety.

Before an exception request is considered, an enterprise should apply data collected to make a self-assessment of processes to conform to regulatory requirements. Data from their pre-exemption operational processes should be collected and analyzed in a Statistical Process Control, (SPC), environment. If there is a finding that a process is not in control, and gives unexpected results, the process should be changed and tested again before an exemption application is considered.

Data collected of exception self-testing over a period of time may be applied as justification. Depending on the complexity of tests, it could be a week, a month or a year of testing before there is enough data to establish a process that conform to regulatory requirements.  Data collected is then entered into a database and analyzed for effectiveness, and if  the process is within acceptable control limits.

A request for an exemption may be executed after data has been analyzed and found to be within acceptable tolerable limits and the enterprise  has established that they have processes in place to conform to regulatory requirements. An exemption is application of mitigation processes to be regulatory compliant, or meet the conditions of the exemption,  when operational conditions in one or more areas are less than favorable. SMS is not a self-regulating tool to transfer responsibility, but an exceptional tool of accountability in risk acceptance management. 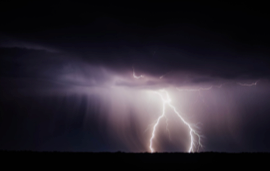