Santa is getting ready for another journey of delivering gifts all over the world. Over the many years that Santa has delivered, he has experienced incidents and mishaps, but never had a serious accident that would stop him from providing excellence in customer service. Some years ago, Santa implemented the Streamlined Mission Service (SMS) in an attempt to reduce the mishaps and incidents. Most of these mishaps happened on rooftops as the reindeers came in for landing hitting a chimney or had a rooftop excursion. Over the years the gifts had become more sensitive to these incidents compared to the old-days when gifts were more robust, and an incident didn’t do any damages. The SMS was sold to Santa with a promise that when fully implemented he would have fewer incidents than he ever had before.

Since Santa had only managed safety on-the-fly, he had concern about the new way of SMS, but he reluctantly implemented it and was looking forward to many seasons with fewer incidents, which didn’t happen. When reviewing the previous years, Santa had more incidents per landing than ever before. He was disappointed; SMS had not followed through with the promise of fewer incidents. He was determined to put the SMS on the Elves-Shelf and totally dismiss SMS forever. So, instead of preparing for a safer journey this time, he sat down with a good book about the history of flight.

Well, Santa had flown his reindeer long time before any person invented the airplane. Except that nobody seen Santa and his reindeers flying, they just seen the tracks after he had left the gifts.  As he was reading something caught his eyes: Safety Management System was not new to aviation, but started in 1903 with the first flight. Back then, SMS was all reactive and safety was not improved until after an accident had happened. For the first 100 years or so, SMS in aviation was reactive processes and applied to Technical Systems only. With the implementation of SMS, Aviation Safety became proactive and was applied to the Human Factors System. Interesting thought Santa and said to himself that this almost makes sense. He was determined to learn more about what SMS actually is, and if it could be a useful tool to improve his gift-delivery customer service safety record.

As he continued reading the book, he realized that by stepping back from the operations itself and enter into a parallel virtual world, he could review operations from the sideline. He sat down on the fence and just observed his operations during the many previous decades of deliveries.
Hour after hour he sat and observed previous missions and discovered that he had been operating with a Streamlined Mission Service (SMS) ever since he started the operations. Over the years improvements were made to the operations for safer transportation and higher quality of customer service. One major improvement was when the lead reindeer, Rudolph, received the red nose. The red nose became a requirement after a near-miss with another flying reindeer and should help for collision avoidance with other flying creatures. When they see the red-nose they would be able to tell by that red-nose that Santa was coming their way. The only reason for the red colored light was that this was the only colored light-bulb Santa could find in his film and picture development room.  But it worked. He discovered that since that time there were fewer incidents per approaches and departures than ever before. Santa had discovered the true SMS, which is that SMS is not the magic wand to prevent incidents, but two separate systems to be applied as safety tools.

One system is as a parallel system to the operations with a purpose to observe the quality of operations and collect data and the second is as a system for continuous improvement to the reindeers’ Hoof Factors (HF) system. By improving the quality of the hooves, the reindeers could focus better on the quality of landing surfaces and landing spots than have to worry on the damages to their low-resistance hooves upon landing and during critical phases of flight. By applying he HF system, Santa was able to change the reindeers’ safety-culture, which had been to force more hoof-weight onto the other reindeers in the group. With the SMS each reindeer was accepting their individual accountability to distribute the landing-force evenly to all hooves.

After learning more about SMS, Santa changes his opinion about SMS and realized that it is not how many incidents that can be avoided, but how each mission is a mission to continuously improve safety.

By this discovery Santa was prepared for another year of world-wide gift delivery. In addition to improve safety, he discovered that improving safety actually had improved his customer service by more on-time deliveries and fewer hours in the shop to repair the HF system.

When Santa calculated the return of customer service satisfaction, he applied the formula of the continuous improvement factor and apply this factor in other areas of the operations.

Santa hurried back to Mrs. Santa and the Elves and presented his discoveries. They were all excited and supporting Santa in that it’s not the utopia of perfect deliveries that counts, but how every year becomes an operational safety improvement. Also, Santa understood that the SMS sales-gimmick of magically having fewer incidents was not intended to be wrong information, but just that the elves who sold him on SMS did not have any practical SMS experience. 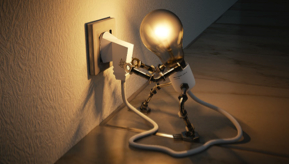