SMS Has Lost Its Trust

SMS Has Lost Its Trust

The Safety Management System was sold as a system to the aviation industry that would prevent accidents and act as a profit generator. In addition, with an effective SMS there would be, without doubt, an increase in the Return on Investment. So, when this didn’t happen, and all what SMS did was to generate an additional bureaucratic burden, higher operations expenses and the industry still experienced fatal accidents, operators and inspectors chose to reject SMS rather than learn what SMS actually is. SMS had lost its trust as a trustworthy safety system and as a contributor for a greater ROI. When trust is lost it is almost impossible to recover. SMS is in an uphill battle to regain its trust with operators and the regulatory oversight community.

"SMS had lost its trust as a trustworthy safety system and as a contributor for a greater ROI."

By the simple task of implementing SMS and by that alone, the elimination of accidents, aviation managers were expecting substantial SMS bonuses. However, bonuses were not handed out and the financial cost of implementing SMS became another burden. On the day when SMS was fully implemented it had cost medium size operators six figures to implement. Not only did the SMS create an unexpected overhead, but the system generated more paperwork than what a paper mill ever could produce. To top it all off, the regulators and oversight personnel rejected the regulatory requirements and applied their own opinion for issuing findings. These opinions were camouflaged as expectations demands by Head Quarters, while in fact these expectations didn’t even make it to the level of an Advisory Circular. There was no evidence, and there still is no evidence or facts supporting that HQ or Standards Office demands these expectations to be applied as the bases for SMS non-compliance findings and to the severity of these findings.

An Advisory Circular state on the very first paragraph that it is for guidance and information only. “This Advisory Circular (AC) is provided for information and guidance purposes. It may describe an example of an acceptable means of demonstrating compliance with regulations and standards. This AC on its own does not change, create, amend or permit deviations from regulatory requirements, nor does it establish minimum standards.”

This current time in history is a somber moment for aviation safety, with the flying public and the oversight inspectors themselves being ill-informed by someone’s agenda to disguise a failing SMS as facts. This can best be described by the many news articles, blots, social media and surveys reported over the last few years how SMS has failed the public. [searched “sms in aviation failure” for 338,000 results]

With this in mind, an ICAO State with a current operating SMS is now Accountable to the Global Aviation Safety Community and the NextGen SMS by assuring that their own SMS is not infiltrated by ill-informed opinions. This can only be achieved by trusting each airline and airport operator with the accountability of their own safe operations. It is the end result of operations that counts, and not the end result of how tall a stack of paperwork the operator is capable of producing. It is the Accountability of each ICAO Member State with an operational SMS to stay clear check-box agenda trap.

The beauty of SMS is that it has a positive impact on the Return on Investment. An effective SMS has a positive impact and act as a profit generator and not a burden to operations by becoming its own self-referential system.  The concept of SMS is simply to double the value of a penny every day, or continuous safety improvements every day. These improvements are not major changes, but continuous improvements produced by human factors, just culture and accountability. 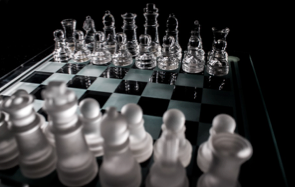