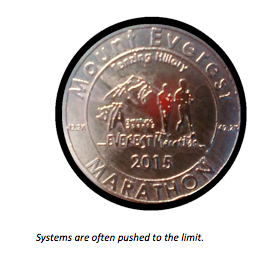 Situational Awareness Are Emotions And Decisions


Situational Awareness Are Emotions And Decisions


After severe accidents involving major air carriers, new technology and automation were developed and implemented into aircraft systems to make flying safer for the public. All these safety improvements to safety came at the ultimate price, but were justified for future safety improvement and for accidents never to happen again. 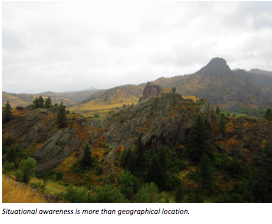 Training for situational awareness is more than learning what situational awareness is. It is to understand the emotions of loss of control when a pilot is behind the airplane, how to overcome these emotions, to make interpretations and decisions, do a quality assurance check of interpretations and to discard all non-required information. When it is determined that continuing the flight could cause harm, or that the short term outcome of continuing the flight is unknown, then the pilot must go to ground zero and start over again from that point.

Confirmation of situational awareness is the most critical step of training. In the process of navigation, a human mind has a tendency to manipulate the facts to match wishes and assumption. This is learned early on in flight training with the cross country training exercises.

A brand new student pilot navigating an aircraft for the first time with visual reference to the ground, following roads, rivers, lakes, towns, or dead reckoning by time and estimated distance, learns quickly that assumptions of situational awareness are not always facts. A lake on the ground may look identical to the lake on the map if the map is rotated, a valley in the mountains appears to be the valley to fly if the compass had been set correctly and the duration flown must be right because the timing that was off.  In hindsight, all these clues of not being on flight planned path make sense. However, at the time of emotional inputs, distress and refusal of accepting to be lost, all incorrect information seems right. In their own mind, the pilots had situational awareness at the time just prior to the accidents. There are many examples of loss of situational awareness, but one that stands out in history is Flight 571 in 1972.

In an organization operating within a just culture and with an operational non-punitive incident reporting policy, there is a much greater chance that incidents are reported. These incidents then become available as a tool to analyze, track, categorize and address in training and operational management. In aviation, the hazard that is not known eventually becomes the unknown risk that will cause harm.

Loss of situational awareness is when information of collected data is rejected and overpowered by emotional decisions. Automation and human factors are integrated functional areas adding to safer operations of flights. However, when automation become the default fail-safe recovery system, then human errors are transferred from pilots into the hands of automation analysts and software programmers. The most valuable resource available for recovery from errors and malfunctions, is human resilience and for pilots to collect data, analyze, take actions, bounce back and start over again.