Sol and I have taught in our classes ALL 950 Transport Canada Inspectors..... Twice! We facilitated Transport Canada’s Quality Assurance portion of the Safety Management System,SMS, program and Facilitated their own internal Surveillance Procedures Training Course,SPT, required for their delegation.  We have worked with over 200 Aviation certificate holders in Canada and in the United States and the same problem always slaps us in the face when it comes to implementing SMS. Approved Manuals and Documents.

With the advent of Safety Management Systems, the way regulators oversee the aviation industry has changed. Traditionally regulators performed compliance audits to see if the company is meeting or not meeting regulatory requirements. Each contravention of a regulation was met with a finding that required the company to determine the Root Cause of the deficiency then propose Corrective Actions to eliminate or mitigate the event.  Under SMS, the regulator is performing a “Systems Approach” to self oversight. SMS requires the company to have policy and procedures that ARE FOLLOWED by personnel in order to control those processes governed by the procedures. Then use the Quality Assurance audit to make sure that the processes and procedure are being followed.

Under SMS, The regulator is “Assessing” whether the company’s system is controlling itself. In the old audit system, the regulatory inspectors might as well be on the companies payroll. The regulatory inspectors are performing the Quality Assurance for the company. Under SMS the company is responsible to perform it’s own Quality Assurance and oversight. It is up to the company’s system to determine if they are performing within the parameters of the regulations. The regulator is merely assessing the “System” to see if it is effective in catching, correcting and improving processes for a safer, and may I add, a more efficient operation.

As I discussed in previous blogs, the backbone of “Controlling” a system is having and Following standard operating procedures, SOPs. Once we have our procedures written or mapped, we perform the process operation and then monitor and analyze the processes for improvement. We follow the standard Plan, Do, Check, Act cycle for continuos improvement. 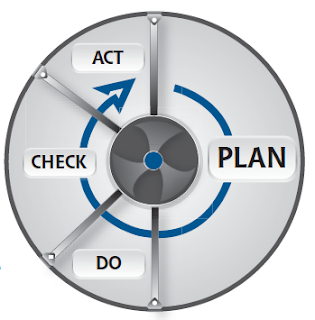 Plan, Do, Check, Act Diagram from the SMS Memory Jogger available at dtitraining.com

The requirement for Manual Approval goes back to many years in the aviation business. Manual approval works on the theory that It is impossible for regulatory Inspectors to be constantly monitoring aviation company operations. So, it was believed that having a company manual with policy and procedures that would be followed by company personnel would assure control in-between regulatory audits. I must say that under the audit system, with limited regulatory manpower, that this is the best that could be done.

OK, let me not mince words here. That “Manual” submitted by the company will have the greatest processes for regulatory compliance and safety. I have seen some of the BEST manuals written by consultants and experts in the industry. These manuals were either written for or simply purchased by the aviation company.  These “pristine” manuals would then be submitted to the regulators for approval.  Of course these well written manuals will be blessed and the regulator will go forth with it’s approval! Ahh now the company is free it fly. Then that “Approved” manual will find it’s place on the appropriate shelf and begin it’s job of collecting dust. 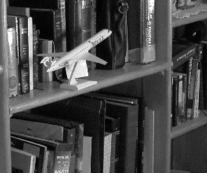 You must agree that the only time these manuals are even looked at is when you hear that the regulator is going to conduct an audit.

Now, who is going to touch an “Approved Manual?” Of course nobody, it’s APPROVED! The problem is that a company operating under the requirements of a Safety Management System should be monitoring and Improving it’s processes on a continuos basis. This would require analysis of procedures and processes. This analysis would then prompt changes that would affect the manuals. If the manual is an Approved Manual, then changes must be sent the regulator for approval also. Let’s face it, most people can grow old and die before the regulator get’s back to them. The regulator is the “Bermuda Triangle” of requested changes.

Transport Canada has just recently allowed companies to separate their policy and procedures. I applaud Transport Canada in this effort as they are actually overriding some old regulations to accommodate SMS. They allow certificate holder to include procedures by reference in their Policy manuals. We encourage our clients to separate Procedure from Policy. The reason, policy is not likely to change and therefore not needed to submit for approval as often as procedures.

All of this confusion can be eliminated if the regulators would simply stop approving manuals and simply accept them at the time of assessment of the system. This will allow the SMS concept of Continuos Improvement to work as intended. Another benefit of not Approving manuals is the reduction of “Parallel Finding.” Parallel findings are findings against the regulator. Mostly contraventions of regulations found in “Approved Manuals.” OK, it’s hard to believe but some inspectors actually miss some of the contraventions of the regulation in the manuals during their review for approval. Not approving manuals would also free up regulatory inspectors to perform other duties instead of reading through manuals. As just mentioned most inspectors are not really thorough in reviewing manuals which lead to a high number of parallel findings.

If a company truly believes and uses the Safety Management System the way intended, then the Approval of Manuals is really a function of the company Quality Assurance process and free’s up the regulator to conduct more Assessments. Let’s take a serious look at this question; Does an Approved Manual make the company safer? It is obvious that in order to be safer, the company’s processes must be in “Control” which means they must actually do what is in their manuals. By monitoring the outputs of the processes and procedures and then acting upon the results to improve the processes, then there is your proof that the manual is meeting the associated regulations. If the company is seriously working their SMS, then an Approved Manual makes no difference and allows for greater flexibility in continuous improvement changes.