Another great insight from Helena1320

Risk assessments are tools to prioritize risks and assign risk values to specific events. Higher risks values have greater safety impact to operations and are affecting operational processes more immediate than lower risk factors. A high number is an immediate shutdown, while a low number that no action is required. A risk is an active condition, but if left alone without mitigation or removal, will cause harm to person or property. 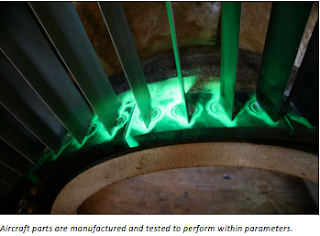 The risk value number is a factor derived from a risk matrix with assigned categories of probability, severity and exposure. This formula is calculated by probability x severity x exposure = risk factor. Risk factors are assigned numbers for acceptance, mitigation, or not acceptable and colored green, yellow and red respectively.  A risk is not a latent hazard, but an active condition at the time and location of intercepting an airport, or aircraft in flight or taxiing At one end of the spectrum there are visual clues of exposure to hazards. Some of these hazards are birds and freezing rain. Birds is a hazard, but does not become a risk until there is an intersecting path between birds and aircraft. Freezing rain is another identified hazard, but not does not become a risk until it is in the path of a flying aircraft, or falling at the airport. When exposures are applied to birds and freezing rain, these risks compute to higher risk value number and are mitigated, or avoided. An aircraft is only exposed to birds, or freezing rain when these hazards are on an intersecting path with an aircraft, and an airport is only exposed when birds are at the airport, or freezing rain are falling. At any other time, birds and freezing rain are no risks, but identified hazards.

At the other end of the spectrum there are non-visual clues, but assumed exposures to risks. These risks are more difficult to assess, since they contain probability hazards that are not active events affecting an airport or aircraft. These hazards are not to be ignored, but to be assessed differently than visual clues risks in the exposure of a risk assessment.

Pilots train extensively to manage engine failures at rotation, climb-out, departure, approach, or in-flight. The reasoning for training is that there is a virtual reality of probability that a modern aircraft engine could fail during any of these phases of flight. When an aircraft is setting thrust for take-off, that aircraft, or pilots are not exposed to an active risk of an engine failure. They are only exposed to the hazard within the system for an engine failure. If airlines are applying an engine failure exposure factor to take-off and departure, they are incorrectly assigning a risk, or an active hazard to the initial phase of flight. Aircraft and pilots are only exposed to an engine failure at the time and location of when the engine operating system is intercepted by an external event. Just as birds and freezing rain, there is no exposure until the hazard becomes an active event. If there is a possibility for an aircraft engine failure, the principle of Zero Tolerance to Compromise Aviation Safety is jeopardized. When aviation safety is compromised, the flight cannot continue.

In a virtual reality world anything can happen, any scenarios can be introduced and any outcome are possible. During the first 100 years of aviation, when data were limited and SMS was not included in planning, engines quit, wings fell off and preventable accidents happened. Aviation today is totally changed where data is analyzed, proactive measures are taken, processes are assigned confidence levels and mathematical equations and statistical process control are foundation for safety assessment. From the manufacturing of an engine, NDT testing of parts, installing on aircraft and to flight operations, every 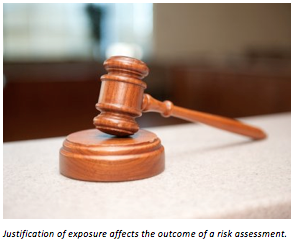 step has multiple quality control and safeguarding processes, including quality assurance and quality assurance of the QA program itself. The aviation industry is moving into the new era of safety, from doubting the production quality to the reality where it is inconceivable that an engine will fail. With this in mind, when an aircraft sits at the threshold and sets take-off thrust, there is a 100% confidence level that the engines will function as designed. There are other external and accountable events causing engines to fail.

When applying engine failure to a take off exposure, risk management is incorrectly making assumptions that engines fails without pre-existing conditions being present, or that incomprehensible hazards intercepted the engine at the time of takeoff, or that the failure was caused by an unforeseen event. With the millions of safety processes included in manufacturing, training and operations an engine does not just fail on its own.