This post is about the ATR-42 crash at Fond Du Lac. There are several lessons to learn from this incident, while on the other hand it is easy to overlook what we can learn by denial that this could never happen to us. TSB report was released October 28, 2021.

After accident investigations TSB issue recommendations to TC to implement new or change current regulations. A recommendation from this incident is for TC to require all commercial aviation operators in Canada to implement a formal safety management system. 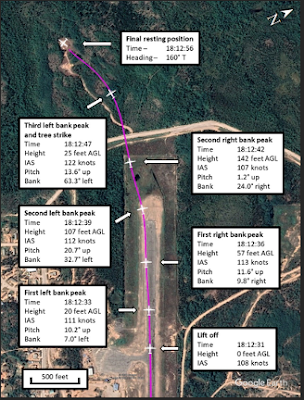 TSB report reads: “When the flight crew and dispatcher held a briefing for the day’s flights, they became aware of forecast icing along the route of flight. Although both the flight crew and the dispatcher were aware of the forecast ground icing, the decision was made to continue with the day’s planned route to several remote airports that had insufficient de-icing facilities.”

A Safety Management System (SMS) is an oversight system of the operations itself. An effective oversight system includes a daily quality control system. There are several parts to an SMS, but the two key parts to operations are daily quality control and monitoring of quality assurance. Airport operations and flight operations traditionally has been separated as two independent operations which one does not affect the other. With SMS this changed that if a regulation it not broad enough to capture a hazard, then the operator is responsible to mitigate the hazard. One of the SMS regulations reads that an SMS Enterprise needs a process for identifying hazards to aviation safety and for evaluating and managing the associated risks. Sometimes it is just as important to know what the regulations does not read. This regulation does not read that an airport or airline must identify their own hazards. It simply reads that they need a process to identify hazards to aviation safety. Under the SMS regulations it is just as incumbent on the airport operator as the airline to ensure that de-icing equipment is in place since it has to do with safety for the flying public and safety at the airport. The TSB report addresses remote Canadian Airports and there are remote airports that provide de-icing services and a vehicle with hot de-icing fluid. De-icing fluid is a service for sale, just as they sell fuel and other services. TSB recommendation is that the Department of Transport collaborate with air operators and airport authorities to identify locations where there is inadequate de-icing and anti-icing equipment and take urgent action to ensure that the proper equipment is available to reduce the likelihood of aircraft taking off with contaminated critical surfaces. 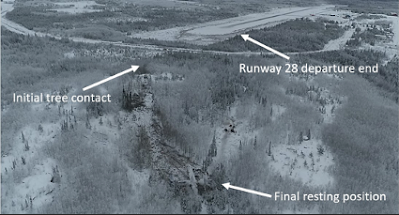 Another part of the regulation reads that no person shall conduct or attempt to conduct a take-off in an aircraft that has frost, ice or snow adhering to any of its critical surfaces. A daily quality control system has a responsibility to capture the daily weather forecast and other weather-related reports, images or videos as a prerequisite for their quality assurance system. An airline may be operating with a dispatch system, flight following system or a pilot self-dispatch system. Whatever level of operational oversight system that is in place, any weather report must trigger a reaction.

The reaction could be to do nothing, but needs to be documented and justified why nothing, or no reaction is required. An SMS Manger, or Safety Director, at an airport is responsible under the regulations to implement a reporting system to ensure the timely collection of information related to hazards, incidents and accidents that may adversely affect safety. This regulation is applicable under the airport regulations. An aircraft taking off, or attempting a takeoff with contaminated surfaces, is just as much of a hazard to the airport as an airport vehicle on the runway with an aircraft on approach. It is the responsibility of the airport to collect data about this hazard. As the final authority for an airport or airline SMS Enterprise, the accountable executive is to be responsible for operations or activities authorized under the certificate and accountable for meeting the requirements of the regulations. This includes justification to the regulator why or why not certain processes must be included or removed.

On March 10, 1989 Air Ontario 1363 crashed shortly after takeoff due to ice contamination. The Final Report reads: “Modern air transportation is a complex enterprise. Similarly complex are the causes of aircraft accidents. Previous aircraft accident investigations have demonstrated that an accident or serious incident is not normally the result of a single cause, but rather the cumulative result of oversights, shortcuts, and miscues which, considered in isolation, might have had minimal causal significance. A properly functioning air transportation system with appropriate standards operates as an ongoing check against the circumstances that can give rise to an accident. It became clear from the evidence that, when one or more of the components in the system breaks down, the probability of an accident or serious incident is increased. The accident at Dryden on March 10, 1989, was not the result of one cause but of a combination of several related factors. Had the system operated effectively, each of the factors might have been identified and corrected before it took on significance. It will be shown that this accident was the result of a failure in the air transportation system.”

Almost 30 years later the aviation industry as a hole are still struggling with broken systems learned from the Dryden accident. In 1989 the Safety Management System in aviation did not exists as a regulatory oversight. When there is not a formal SMS system in place, it becomes impossible to identify how there was a gap in the system causing the incident. The Dryden report identified intelligently and clearly that “an accident or serious incident is not normally the result of a single cause, but rather the cumulative result of oversights, shortcuts, and miscues which, considered in isolation, might have had minimal causal significance.”  At that time airlines managed safety by a simple principle of ensuring superior customer service to ensure the safe arrival at intended destination. With the implementation of SMS, the SMS system itself was expected to ensure safety in operations. A Safety Management System cannot fail since it paints a picture of the operations itself. What can malfunction within an SMS is a system to recognize processes which does not serve its purpose. This does not only apply to de-icing of aircraft prior to takeoff, but also includes the collection of hazards affecting aviation safety which goes beyond operational control or take on a role when the regulation itself is not board enough to include all future hazards to be identified. 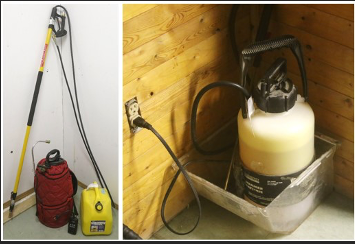 It is true that SMS is about aviation processes. However, the authority, or to which level safety is paramount, rests with one person only. This person is not always the accountable executive, but the person who within an organization has the power of authority. This person be a part of the organization itself but could also be a third-party person. This person may have other interests in mind than safety in operations since past records demonstrate a safe tracking record.  Everyone believe they are the key piece to keep aviation safe, but it is the person who demonstrates the best vocabulary who wins the deal.

Drift in aviation is what a pilot from the days of NDB navigation understands. An NDB used for navigation always took the aircraft to its destination, but often by drift and correction to make it there safely. In the early days of an NDB they were broadcasting in morse codes to identify quadrants. Later an ADF with a needle pointing in its direction were installed in an aircraft. Great progress was made in air navigation. Also, an AM radio frequency could be used as a means of long-range navigation and was easily picked up 3-400 miles away. When navigating to an NDB, drift went undetected unless the pilot could comprehend the different systems and how one system affected the other. A sea captain navigating by lighthouses also comprehended drift in navigation, how to recognize drift and how to apply inputs for change. Both the Dryden and Fond Du Lac accidents were products of drift and the inability to recognize the drift itself. Drift is simply said how we do things. Drift is only recognized when there is an identified path to follow. At both Dryden and Fond Du Lac, the identified path to follow was an expectation to arrive at on time at the next destination. If the KWINK principle had been applied the captain would not have attempted the takeoff. KWINK is Knowing-What-I-Now-Know.

The KWINK system is a system to recognize drift, just as with navigating to an NDB, the pilot needs to correct their drift by doubling their correction track to take the most direct route. KWINK is for airline and airport operators to leap into the future and review their operational decisions. Taking a leap into the future is to review records and data from the past and apply to the next immediate task.