Where Is SMS Going

Where Is SMS Going

The Safety Management System (SMS) in aviation is has since its infancy taken many twists and turns to find a path forward. SMS started out as an idea of how aviation should manage safety and for the system to be integrated into a functional safety system in the operations. Prior to SMS safety was managed by the “safety card”, or an opinion-based safety solution process. With this in mind, the onset of SMS forced airlines and airport operators to revamp their safety structure and change their approach to safety 180 degrees.

This new approach caused conflicts and confusion and the path of least resistance was to reject the new Safety Management System. Rejection became apparent in news articles about how SMS had failed safety and surveys were tailored to show this. However, over a short time SMS grew enough roots to resist being pulled out and it grew stronger. One lesson the aviation industry learned quickly about SMS was that it could not fail since it was a mirror of their operations and painted a true picture of their leadership. As a mirror, the SMS caused a friction between SMS and its Accountable Executive. Since the aviation industry had developed a great safety record over the years, it was difficult to accept the fact that they might not be as safe as they thought they were.

SMS will be going in the direction of what direction the aviation industry wants it to take. It is therefore crucial that high-level leaders understand and comprehend their SMS and policies they are drafting. SMS is unlike older safety systems in that it does not force safety onto operators, but rather identifies to operators if they drift away from or remains on the path towards their objectives and goals. SMS is designed to be a fluid system and adjust to operational needs. Regulatory oversight bodies and the aviation industry are both affected by external pressure from the public, from the industry itself and from political polices of how to regulatory shape the SMS. Just a short time after SMS became a regulatory requirement for all operators, the smaller on-demand and charter only operators were excluded from operating with an SMS. This was the first time the aviation industry mapped the SMS landscape and chose their path of least resistance.

There are two different paths the SMS needs to take   going forward. One is the regulatory path and the   other is the operational path. These are two distinct   and different paths, while they still are connected to   the outcome of safety. Look at this as each rail of a   railroad track. Regulations in themselves are not   safety in operations requirements, but requirements   for compliance in a static environment. This can best   be described as the issuance of an airline or airport   certificate, which is issued to a static environment with planned directions of travel. As soon as there are movements is when it becomes operational and incremental safety improvements kicks in. The regulator must assess an SMS based on regulatory compliance, while an operator must assess their SMS in a fluid and operational state. Only by comprehending SMS is it possible to see the differences and that these two paths are parallel and not opposing paths.
The path SMS needs to take is the system approach path where the task becomes to design systems and processes to complete operational tasks without first assessing each task for regulatory compliance. This does not imply that systems are not assessed for regulatory compliance, but rather that the first task is to identify current operational processes since they paint a true picture of operations. This is different than conducting a gap analysis, since it is a process tracking task. After systems and processes are identified, they are assigned a regulatory compliance component and integrated in a daily quality control system. Quality control of operations is a prerequisite for the Quality Assurance System.

Where SMS is going is difficult to predict since there are special cause variations that will affect its path. The path it must take is the path of incremental safety improvements for both airlines and airports. Over time it will be possible to identify drift away the desired and projected path. When drift is identified it becomes possible to make incremental corrections of operational processes to change course or move back onto the path. Drift in itself is not necessarily undesirable or an unsafe change, but often a change because the planned systems and processes were impractical. The unsafe portion of drift is when the drift itself remains unidentified.

The first stage of drift at the operational level is for a process to self-adjusts to a practical process; e.g. a pilot changing from IFR to a visual approach in VFR conditions. Eventually this drift was identified and integrated as a standard process. The second part of drift is at the management or organizational level where complacency drives the processes. Social media also has a major impact on the SMS decision-making process.  Social media is free advertising for special interest groups, including support groups for a healthy Safety Management System.

When assessing the future of where SMS Is Going one must reflect on the past path. It is reasonable to assess that the past path of SMS, becomes a forward-looking guidance of the path to come in the future. By laying out the path from the past drift can be monitored and adjusted if the drift is undesirable. SMS is a system which cannot fail since it paints a true picture of an enterprise. For several reasons there were opposition to SMS from the industry and the regulator when the SMS regulations first was implemented. Some of the opposition was reasonable and relevant to the facts, while other were emotional and irrelevant to facts. Within a short time, surveys were designed to fail the SMS. An example is the CBC News article posted on April 14, 2014 about SMS; “A survey of Canada’s aviation inspectors shows they are increasingly concerned about aviation safety because of Transport Canada rules that leave responsibility for setting acceptable levels of risk up to the airlines. The survey, conducted by Abacus Data on behalf of the Canadian Federal Pilots Association (CFPA), indicates 67 per cent of Canadian aviation inspectors believe the current system increases the risk of a major aviation accident, up from 61 per cent in 2007.” Today is 2021, and we now know that 67% were wrong at that time. There has not been a major aviation accident being contributed to the SMS since the survey. Human factors has not changed and it is reasonable to assume that when opinions about SMS is applied, as opposed to data and facts, 67% will be wrong in the future.

There was one simple reason why SMS was made a regulatory requirement some years ago. The reason was an understanding that their old aviation oversight system was not capable of preventing accidents. It was also understood that operators, both airlines and airports, did not have a regulatory tool available to prevent accidents until SMS became available.  A friend of mine once said: “As long as the regulatory authorities don't receive feedback from operators (as it is now in many countries), and safety accountability is not practiced and not even understood or taken seriously, the SMS will still generate data, but I cannot imagine or would say if it would be worth data; i.e. proactive data.“ This is so true. Data will be pouring in and stored without assessment or considerations. The test today to lay out the path for the NexGen SMS, is to apply the WINK test, or the What I Now Know test. If I had known then, what I now know, what would I have done different about SMS and then apply this comprehension to the NextGen SMS path.

Foundation of comprehension is data. When raw data is collected it comes in all types, shapes, and forms. Some enterprises do not accept data, or reports, if they are not submitted in its proper format. When the report-format is the primary tool to validate a report, the report itself will be a support tool for the safety policy rather than a support tool for data collection of hazards. An enterprise should accept any reports submitted in any format, by a report form, email, telephone, fax, verbally, news article, regulatory finding or even as a hearsay. Look at the reports as the ballots for a small-town mayor election, where the candidates are randomly submitted without preference until the count is completed. It is when data is analyzed it can be turned into information. Information is neutral, without bias or emotions. Information generate knowledge by being absorbed by one or more of the five senses. Absorbed knowledge then generates comprehension of one or more systems and their interactions.
A Safety Management System is irrelevant to safety unless it operates with a daily rundown quality controls system and daily incremental improvements derived from WINK or the What I Now Know test. For the Safety Management System to be effective, all levels in an organization must be able to answer the same question asked over and over again; “Why does the Global Aviation Industry, being Airlines or Airports, need a Safety Management System (SMS) today, when they were safe yesterday without an SMS?” Unless the reason is known, there is no motivation to improve. For the next ten years, the one major definite purpose and the greatest single reason for an SMS is for every single airline or airport personnel to accept and take ownership of their Safety Management System. There is nothing else that matters on the path Where SMS Is Going.
Catalina9
- March 22, 2021

Predictive SMS By Catalina9 T here are three level of a Safety Management System (SMS). Level 1 is the reactive level, Level 2 is the proac... 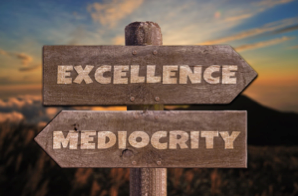