Unlock the Secrets of SMS

Unlock the Secrets of SMS

Secrets of the SMS are not all positive secrets but are also pitfalls to watch for and secretly hidden in processes. On the surface a safety management system (SMS) in aviation is a perfect system to avoid or eliminate accidents. When SMS in aviation was first sold to the aviation industry, it was sold as a tool, if an operator followed the rules, to reduce number of accidents. The sales philosophy was that if an operator didn’t have any major accidents, they would for sure have one in the future if they did not implement the safety management system. Their sales pitch intentions were honorable, and the regulator firmly believed what they sold to operators. Virtual and fictional accident cost scenarios were developed to prove how beneficial an SMS system would be in the future. The predication was that the cost of implementing and maintaining a safety management system would become less significant and well worth the investment when contrasted with the cost of doing nothing. Every operator, being airline or airports, fell for the sale pitch, until they discovered that accidents and incidents, including regulatory findings, still happened. 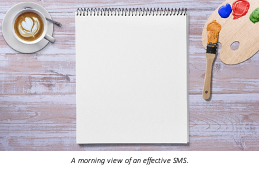 The SMS in itself cannot fail since it paints a true picture of an enterprise. What could fail is accountability by enterprise leaders, managers, and personnel. Safety in aviation was in the past built on failures, and failures, or accidents, were expected to occur so that new safety improvements could be put in place. Continuous improvement to safety were designed and implemented after failures and major accidents. What a functional SMS does, is to move these failures from physical harm and accidents to virtual failures on the drawing board. When drawing board tests fail, the aviation industry saves the world from a whole lot of grief. SMS does not prevent aviation accidents, it just moves accidents from operations to the drawing board. A secret of the SMS is that flaws discovered in the design or application process may be assigned an opinion to minimize the finding and design a short-cut in the process to bypass the failure. 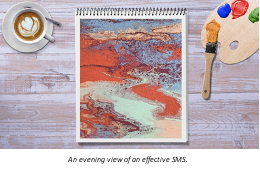 The safety management system has generated vast gap between design and operations. This is not due to the design of the SMS itself but is due to output expectations and application in the organizational hierarchy. When the SMS is viewed as a tool to interfere with operations to ensure safety, it is brought down from the oversight level, and quality assurance, to the operational level where it does not belong. A system that is implemented where it does not belong is a failed system by the untrained eye. While it appears that the SMS failed, it is not the system that failed, but the implementation process. There is a time and place for everything. This statement is crucial for a safety management system to survive, and it is vital for the success of an SMS enterprise that an accountable executive comprehend time and place in processes. A secret of the SMS is that it paints a true picture of an organization, and when it is brought down to an operational level, it paints a picture of failed management as opposed to a failed SMS system. An SMS at the incorrect level is when findings are prescriptive and assigned to deviations in process outcome rather than to the process itself.

An SMS integrated at the operations level is recognized by the strain it places on operations to behave in a manner incompatible with the operations itself. A practical example is the flight operational quality assurance system, or FOQA, that most airlines have integrated into their operations. One event trigger may be that an aircraft does not bank at an angle greater than 30 degrees in flight, and when it does, the captain is assigned a red flag and becomes a higher risk to the operations. The two options available in a strong crosswind when turning a visual approach base to final, may require a 35-degree bank to remain on the approach. However, due to the red-flagged policy, a captain may chose to remain at 30 degrees of bank and overshoot the localizer. If the bank is 35 degrees or greater, the captain will at a minimum be questioned and flagged. When placed at the incorrect level in the organizational hierarchy, the system does not fulfil its expectations for improvement to perfectionism in flying. A secret of the SMS when management fails a captain, is the system has identified operational management complacency who opted to comply with a faulty arbitrary rule rather then make operational decisions based on aeronautical science and aerodynamics, which deals with the motion of air and the way that it interacts with objects in motion, such as an aircraft. Attempting to achieve perfectionism in aviation is in itself a hazard to aviation safety. 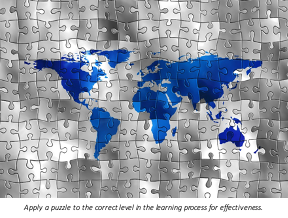 A safety management system is in principle a simple tool to provide for understanding and engaging in safe working practices. A safety management system defines what hazards exist in aviation, being airports or airlines, and is established as an oversight tool to identify if operational processes are in control to assess hazards with a reliable track record to cause an incident or accident. The weather is a factor with major impact on aviation safety. Weather is not just hazardous weather, but also a factor in achieving safety in operations. Rightfully so, icing and strong winds, are often associated with catastrophic accidents. However, by comprehending that these hazards are common cause variations, and will always be a part of weather systems processes, aircraft manufacturer, airport operators and airlines has a golden opportunity to place a safety management system where it belongs, at the organizational level of the accountable executive, and applied as a daily quality control and oversight tool. As a reminder, the role of an accountable executive to be responsible for operations or activities authorized under the certificate and accountable on behalf of the certificate holder, or board of directors, for meeting the requirements of all applicable regulations.

The true secret of an SMS is that the system comes with the capability to find a needle in the haystack when applied at the correct level in the hierarchy.

When Safety Gets Involved

When Safety Gets Involved By OffRoadPilots S afety has been involved in aviation since the first flight in 1903 and since then safety resu... 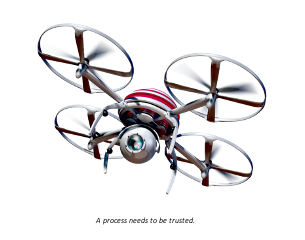