Another example of "Out of Control" processes I had to comment on.

I am sure all aviation has heard of the Southwest Airline jet with 124 passengers landing at the wrong airport.  How can this happen? "It's not common, but it's not unheard of," said pilot Mark Weiss, a 20-year veteran of commercial aviation who has frequently flown Boeing 737-700s. Captain Weiss went on to say what I have always preached about.

"There are a lot of questions, and I suspect this is a matter of procedures not being followed, something along the long chain of everything you must do and constantly do as a pilot for safety."

This incident could have easily been a disaster. The pilot applied the brakes really hard to avoid overrunning the runway which was half the length of the runway at Branson Mo., the intended destination. I have always said that “Every accident has a trail of things going out of control before the accident even occurs.” the plane could have overshot the end of the runway, tumbled down an embankment and onto U.S. Highway 65.

Air traffic controllers had cleared the jet to land at Branson and only learned of the mishap when the pilots radioed that they had landed at the wrong airport. The Branson airport is not equipped with radar, and Clark airport has no control tower.

Here are some questions: What about the VORTAC setting? What about Dispatch and Flight Control at Southwest? When the plane was still on the ground at Midway, the pilots would have looked at a paper flight plan on which the distance between their departing location and arriving location would have been written. That distance should have also been plugged into the cockpit computer.

Procedures are in place to assure that the outputs of process occur the same way every time. Procedures here were either non-existent or ignored.

Regardless of particular variables, pilots should constantly be working on a checklist of safety measures. "You back the approach (to a runway) up (consulting) all the instrumentation and validation that you have available to you," Weiss said.

That includes scanning the horizon, looking up and down, talking to air traffic controllers, reading instruments and communicating frequently with a copilot. Some smaller airports don't have towers. The airport where the Southwest plane landed did not, but it's unclear whether air traffic controllers were in touch with the pilots. 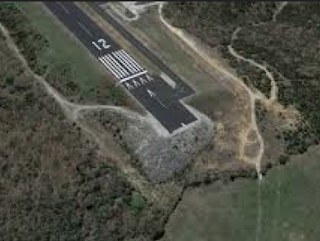 Now this incident did not end up as an accident thank God. But Southwest claims to have a Safety Management System with Quality Assurance in place. It sounds to me that this possible catastrophic incident shows a break down in their CONTROL.

It is my hope that the other airlines will take this incident and relook at their processes and procedures to make sure that they do not have similar "gaps" in control. Maybe Southwest need some classes…..I send them my card.  Your thoughts.
- January 14, 2014

Money Talks By Catalina9 O ne could define risk management as the identification, analysis and elimination of those hazards, as well as the... 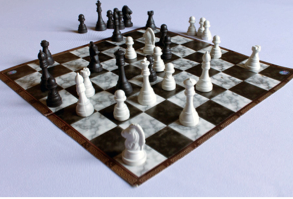